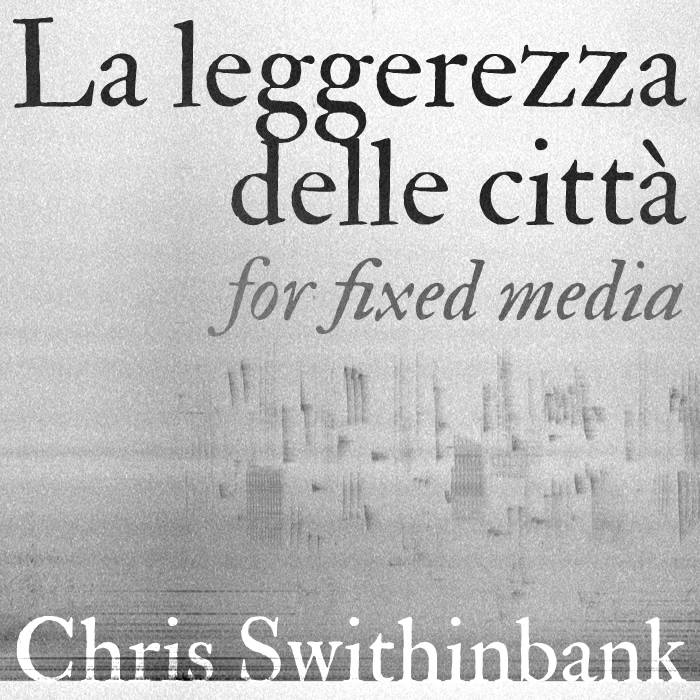 Combining a sonic vocabulary that fuses concrete sounds of the city with more abstract material, La leggerezza delle città hopes to explore and expose the weightless clarity of certain acoustic experiences whose rapid incisions into the listener’s perception leave crisply outlined yet multifarious and ultimately ineffable impressions, engaging in a dialogue between the sonic reality of the work and the imagined/remembered relations that the listener constructs with it. In part this approach is inspired by Italo Calvino’s proposals for the future of literature made in his Sei proposte per il prossimo millennio, which suggests that a quest for a literature of lightness, quickness, exactitude, visibility and multiplicity will characterise the next 1,000 years. It is this ‘leggerezza della pensosità’ — this lightness of thought — that I strive for.

La leggerezza delle città was commissioned by Irma Catalina Álvarez and Encuentros Cuenca, where it will be premiered in September 2010, and it is dedicated to her and David Martinez Sanchez. It was composed during Summer 2010 at the NOVARS Research Centre in Manchester, UK, using a com­bin­a­tion of studio recordings and field re­cord­ings taken around the city of Manchester.