Trio Atem - …going back to the skies (revised version) 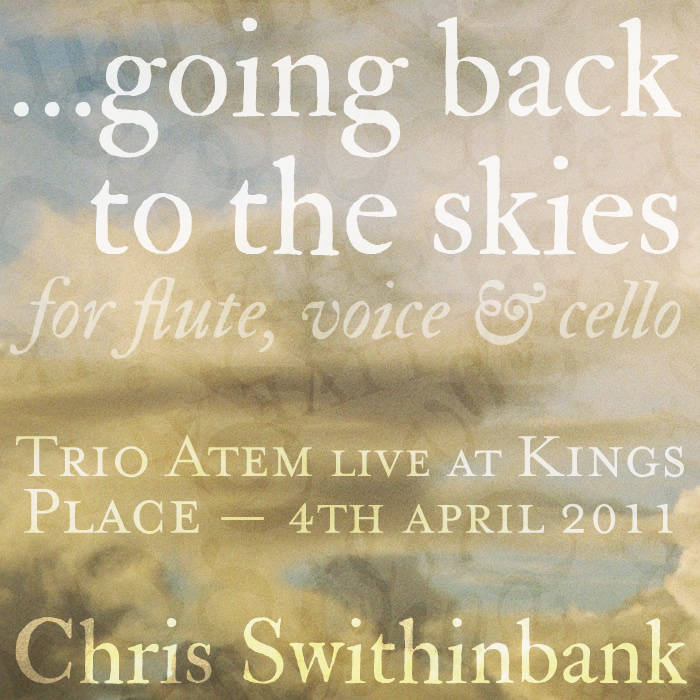 Written for Trio Atem, …going back to the skies had its first performance in a ‘beat the rush hour’ concert on February 26 2010 in the Cosmo Rodewald Concert Hall at the University of Manchester. This revised version of the work was premiered by Trio Atem at King’s Place on Monday, 4 April 2011.

Live performance on Monday, 4 April 2011 at Kings Place, London, part of the ‘Out Hear’ series.