Trio Atem - …going back to the skies 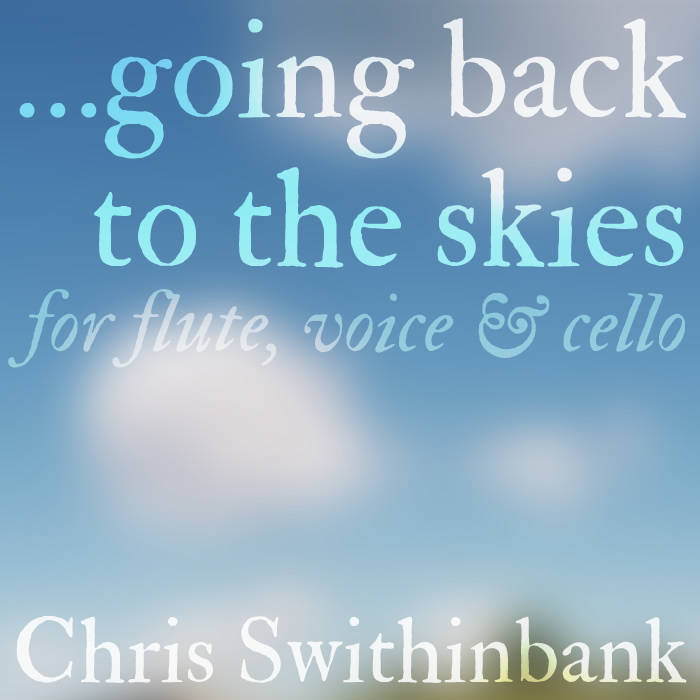 Written for Trio Atem, …going back to the skies had its first per­form­ance in a ‘beat the rush hour’ con­cert on February 26 2010 in the Cosmo Rodewald Concert Hall at the University of Manchester. The con­cert fea­tured sev­eral new works by Manchester-based com­posers com­mis­sioned for the occasion.

Some words that I had nearby while writing this piece (cour­tesy of W. H. Auden, Seamus Heaney and Friedrich Dürrenmatt):

“A cul­ture is no better than its woods.”

“‘Since when,’ he asked,
‘Are the first and last line of any poem
where the poem be­gins and ends?’’

The title is taken from a state­ment made by John Cage shortly be­fore his death in an in­ter­view with Charles Amirkhanian:

“We live in a time I think not of main­stream but of many streams or even, if you in­sist on a river of time, that we have come to delta, maybe even beyond delta to an ocean which is going back to the skies.”